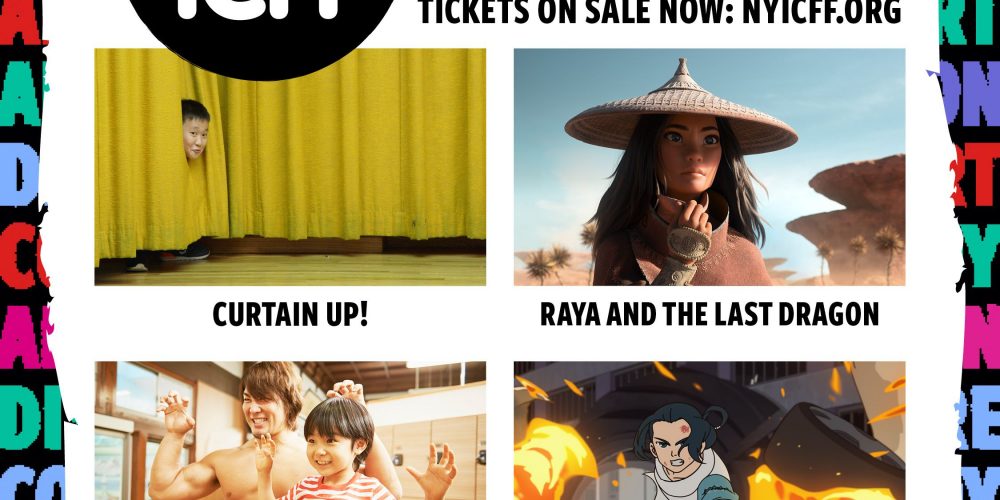 Did you know that the New York International Children’s Film Festival (NYICFF) is one of only two children’s Academy Award® qualifying festivals?

For the first time, children and families from across the country will be able to experience the Festival, all from the comfort of their living rooms. The 2021 NYICFF feature film slate offers a direct reflection of the Festival’s mission to present films that highlight examples of both the myriad cultures and the shared humanity that comprise the world its audience lives in. The Festival furthers the non-profit organization’s mission of  supporting the creation and dissemination of thoughtful, provocative, and intelligent film for children and teens ages 3-18.

Tickets go on sale to the general public Friday, February 26…but you can enter to WIN an All Access Plus Pass here! Scroll down.

An All Access Plus Pass will entitle the holder to screen ANY and EVERY title in the Festival through March 22nd! You will have to reserve your spot for some limited admission screenings, but there will be no additional fees.

Community Trust. Funding for the FilmEd program is provided by Goldfish Crackers. In the summer of 1990, Beans, a sweet and studious twelve-year-old Mohawk girl, is suddenly forced to grow up fast and become her own kind of warrior when a land occupation battle creates a fierce stand-off between her indigenous community and the government. Torn between innocent childhood and reckless adolescence, she struggles to build her own identity amidst the chaos of the uprising and the injustice of a world that sees her as different even in her own land. Will she succumb to the pressures of a society intent on bringing her down? Or will she rise up to assert her strength and character?

Based on the Italian book and beautifully animated in warm Meditteranean colors and bold shapes, this feature from Cannes is a whimsical allegory. Our narrators, an old storyteller and his young apprentice, the delightful Almeria, frame this wondrous tale of the great bear king Léonce and his clan. To find his lost son Tonino and food to survive the winter, he leads them down from the mountains and into the world of humans. The bears and humans exist together in peace – for a time.

Papiamento and Dutch with English Subtitles

Headstrong Kenza lives with her father Ouira and grandfather Weljo on a beautifully situated plot of land that doubles as a car wrecking yard on the coast of Curaçao. Father and son are opposites: Ouira is a no-nonsense police officer with an eye toward the future, while Weljo finds meaning in the past through the spirituality of his African ancestors and the island’s native inhabitants. Meanwhile, 11-year-old Kenza seeks to find her own place, and identity. Her search takes flight as she gravitates toward the mystical traditions of her grandfather.

It’s 1863 and 12-year-old Martha Jane and her family are headed West across the United States in search of a better life. After her father is hurt in a serious accident, she takes charge of her siblings and learns to drive the family wagon. Utterly practical and bold, Martha Jane trades her constricting skirts for the ease of boys’ breeches and never looks back. Her unconventional style and brazenness don’t sit well with the pioneer community, and when the leader of the convoy wrongly accuses her of theft, she must run away to find proof of her innocence. In the Wild, she discovers herself and a world which shapes her into the mythical and mysterious Calamity Jane.

All energy and opinion, 5th grader William seems excited to burst beyond his constraints, while his classmate Charlotte, a measured thinker, admits that sometimes it’s easier to be scared than happy. But both students adore their theater class and are set to have a transformative final year of elementary school. This award-winning documentary follows a 5th grade class at PS 124 in New York City’s Chinatown as they prepare for a big musical production of “Frozen Kids” and begin to discover their identities. Behind the scenes, nervous excitement and flubbed lines goofiness brushes up against stereotypes, family expectations, and post-graduation uncertainties. Through rehearsing for this American favorite, the young actors grapple with their Asian roots. Will they have to let something go?

Twelve-year-old Jackie has made Amsterdam’s world famous Rijksmuseum her second home since her mother is always busy at her job there. As Jackie wanders the museum after hours, Oopjen Coppit, the woman depicted in Rembrandt’s famous 1634 painting, suddenly steps out of the canvas and into the middle of the gallery. Used to keeping her cool and problem solving, Jackie instantly decides to take Oopjen under her wing and help her search for her missing sister. Oopjen, a woman from the Golden Age, finds the 21st century to be a big adventure while Jackie finally finds a true friend.

Marguerite and Margot have a lot in common: both are 12 years old and missing their fathers. The one big difference? One lives in 1942, the other in 2020. Or at least that’s the case until the discovery of a magical trunk in an attic that sends them traveling through time. Margot and Marguerite have something else in common: their father is no longer there, one vanished during World War II, the other is not living at home. With 70 years apart, they’re embarking in a wild adventure to find their present, explore history and their families’ memories, and not least of all manage the transition to becoming teens!

With an inky black coat, adorable mewl, and eyes as big as saucers, Xiao Hei is the cutest feline around. But don’t let his good looks fool you, he’s more than just a cat. When he meets up with a motley band of spirits—creatures and human-like beings with superhuman powers—Hei finds that he, too, is a spirit and shapeshifts from cat to kid form. His new friends train and challenge him in the warrior spirit arts, with the pressing goal of saving their beloved forest from developers destroying it in this lushly rendered tale. Evoking Studio Ghibli’s ecological fables, The Legend of Hei is a winsome combination of heart, soul, fantasy, and an extraordinary adventure.

The winner of audience awards at NYICFF year after year, Magic Light Pictures gets a full spotlight this year as we feature their newest film and fulfill our audience’s countless requests for an encore of The Snail and The Whale. ZOG and the Flying Doctors picks up where Zog left off, as Princess Pearl achieves her dreams of being a doctor. Together with Zog the dragon and Sir Gadabout, the flying trio criss-cross the kingdom giving vaccinations to creatures of all stripes. But Pearl’s uncle, the orange-faced King, is doubtful and disapproving and ends up sick. Will he learn to trust in Pearl and science, and rethink what it means to be royal?

When a tiny snail (charmingly voiced by Sally Hawkins) longs to see the world, it hitches a ride on a great big, grey-blue humpback whale. Together they go on an amazing, gloriously animated journey, past icebergs and volcanoes, sharks and penguins, and marvel at the vast wonders of the world, and size seems like strength to the snail. But when the whale is beached in a bay, it’s the tiny snail who just might save the day.

Moominmania is back at NYICFF with another exclusive installment of Tove Jansson’s beloved characters come to life. The Moomin Hobgoblin Trilogy brings thrills and delight right from the start as Moomintroll finds a magical hat with some surprising properties. Next, Moominmamma turns her attention to the sweet and secretive tiny visitors Thingumy & Bob, and finally a mysterious precious gem sends the town into a tizzy.

9-year-old Shota’s dad was a star top-tier pro wrestler until age and injuries dropped him to the kitschy B-league of wrestling. Shota believes his dad is still number one, until one day he makes the shocking discovery that his father is not a hero wrestler but Cockroach, the “heel”, or villain, everyone loves to hate. Can Shota’s father take off his mask and learn that there are more important things than saving face? Can Shota learn that real heroes don’t always don the guise we think? Find out in this heart-warming, body-slamming, smile-inducing tale that lights up the ring.

Life in Nahuel’s seaside town revolves around the ocean, which makes his fear of water a challenge. What’s worse, he can’t help his fisherman father on his boat. One day, Nahuel finds a magical book, the Levisterio, that seems to offer a solution to this problem. But a dark sorcerer is after the book and captures Nahuel’s father to set a trap. Guided by Fresia, a shaman’s daughter, Nahuel journeys to rescue his father and find courage from within.

Walt Disney Animation Studios’ Raya and the Last Dragon travels to the fantasy world of Kumandra, where humans and dragons lived together long ago in harmony. But when an evil force threatened the land, the dragons sacrificed themselves to save humanity. Now, 500 years later, that same evil has returned and it’s up to a lone warrior, Raya, to track down the legendary last dragon to restore the fractured land and its divided people. However, along her journey, she’ll learn that it’ll take more than a dragon to save the world—it’s going to take trust and teamwork as well.

Vega, 9, and her wild sister Billie, 5, are going on an overnight outdoor hike in the lush Norwegian woods. The trip is full of exciting climbs, silly jokes, and happy trekking until Dad pulls one acrobatic stunt too many, falling into a cave and injuring his leg badly. Unable to move, he asks Vega and Billie to get help. Anxiously retracing their steps, they know that everything depends on them now, as Vega tries to keep them focused on the goal despite setbacks, surprises, and Billie’s many distractions. They bravely face their fears, discover their superpowers, and find strength in their sisterhood.

Use code: HMMNYICFF2021 for $3 off single tickets and $5 off All Access passes. This can be applied at checkout under “discounts.” 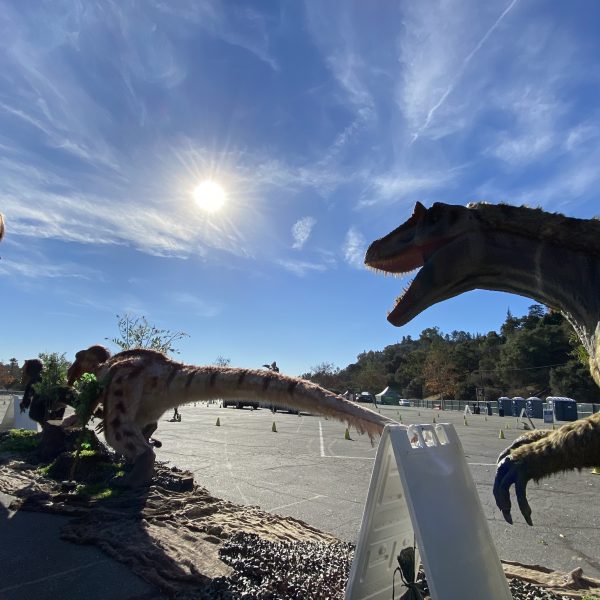 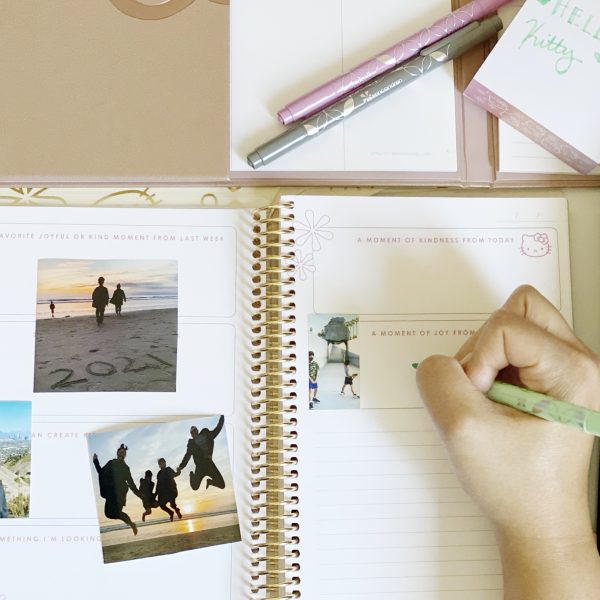 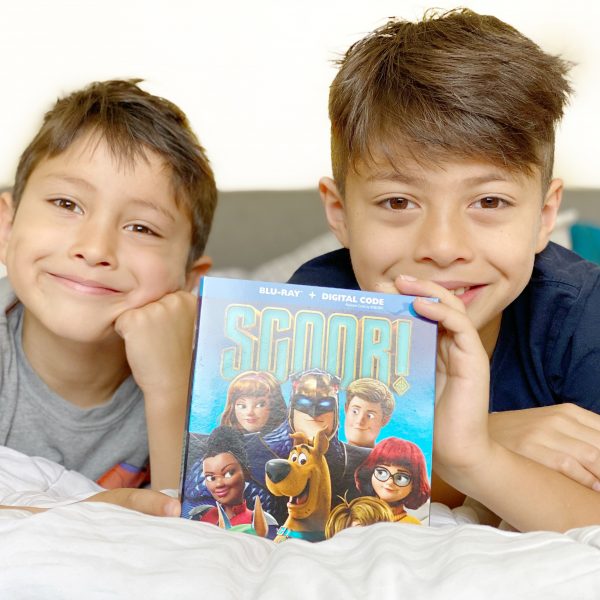 ← Family Staycation in Malibu
Tom and Jerry The Movie →