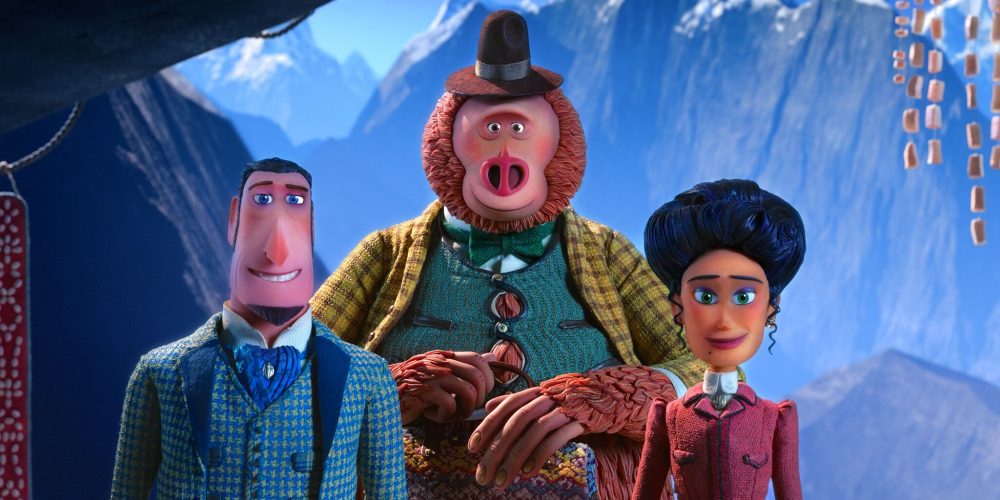 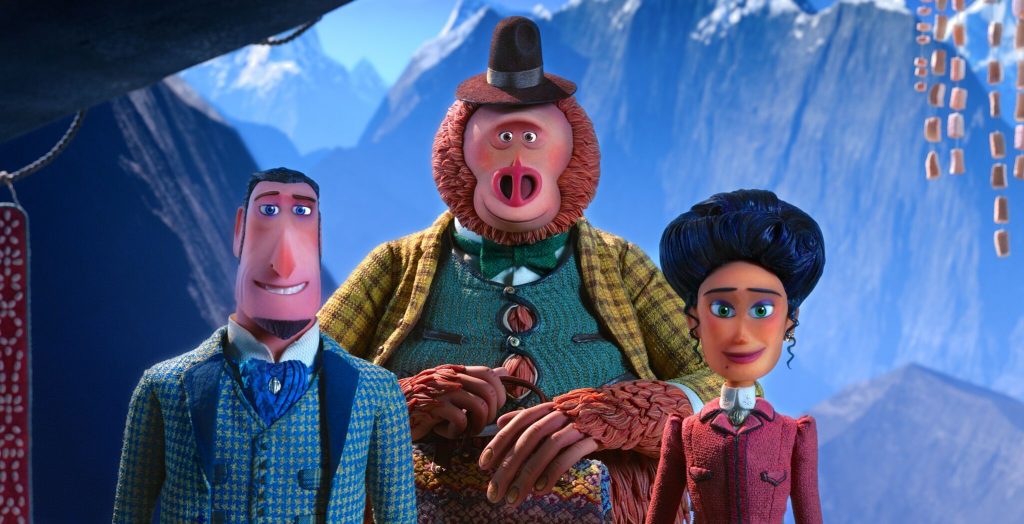 Missing Link is the new stop-motion animated film from LAIKA studios – coming to theaters this Friday, April 12. It’s an adventure your whole family won’t want to miss and it stars a lovable legend, named Mr. Link, who happens to be 8 feet tall, 630 lbs., and covered in fur!

And this one really started with a drawing that I did of Mr. Link, which has been described as a hairy avocado, with legs. And there was something about that drawing that I just kept coming back to, and people kept saying, “That is a very charming thing.”

And that really ended up becoming Mr. Link in this movie.

Tired of living a solitary life in the Pacific Northwest, Mr. Link (Zach Galifianakis) recruits fearless explorer Sir Lionel Frost (Hugh Jackman) to guide him on a journey to find his long-lost relatives in the fabled valley of Shangri-La. Along with adventurer Adelina Fortnight (Zoe Saldana), our fearless trio of explorers encounter more than their fair share of peril as they travel to the far reaches of the world to help their new friend. Through it all, the three learn that sometimes you can find a family in the places you least expect.

Caiden and I had a chance to screen the film and we both really loved it. We also attended the press junket together, which was a first for Caiden! I wanted to bring him since he wants to become an animator/engineer one day. Who knows if that’ll change but I wanted to give him the opportunity to talk to the people behind the scenes. Major mom points! 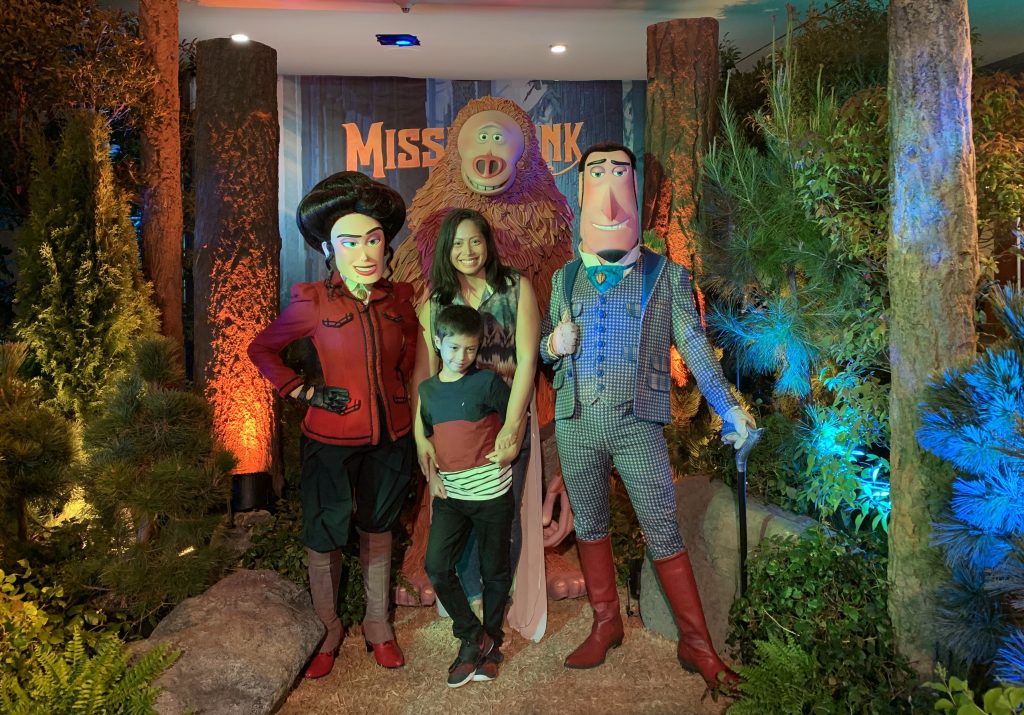 The film takes us on a journey around the world. And in Director Chris Butler’s words,  “the theme of the movie is fellowship, or friendship. I think often times kids’ movies are about family, and I think it’s also important to say that family can be about friends. Family’s something you can choose too.”

There’s a lot of adult humor and yes, there’s a villain in this story, who wants to stop the world from finding the truth about Mr. Link. He does this by hiring a hitman to follow Sir Lionel Frost.

Overall it’s a charming film that’s beautifully done in the art of stop-motion animation. And we learned that this form of animation is what attracted Zoe Saldana, voice of Adelina Fortnight, to Missing Link,

“I love stop-motion, there’s just something that is just aesthetically pleasing. And when you hear that it’s time consuming, that means that only people that are a part of this world make the choice to be here. So that means that there’s a level of commitment and passion and devotion and artistry that is invested in this form of art that LAIKA just refuses to let die.” 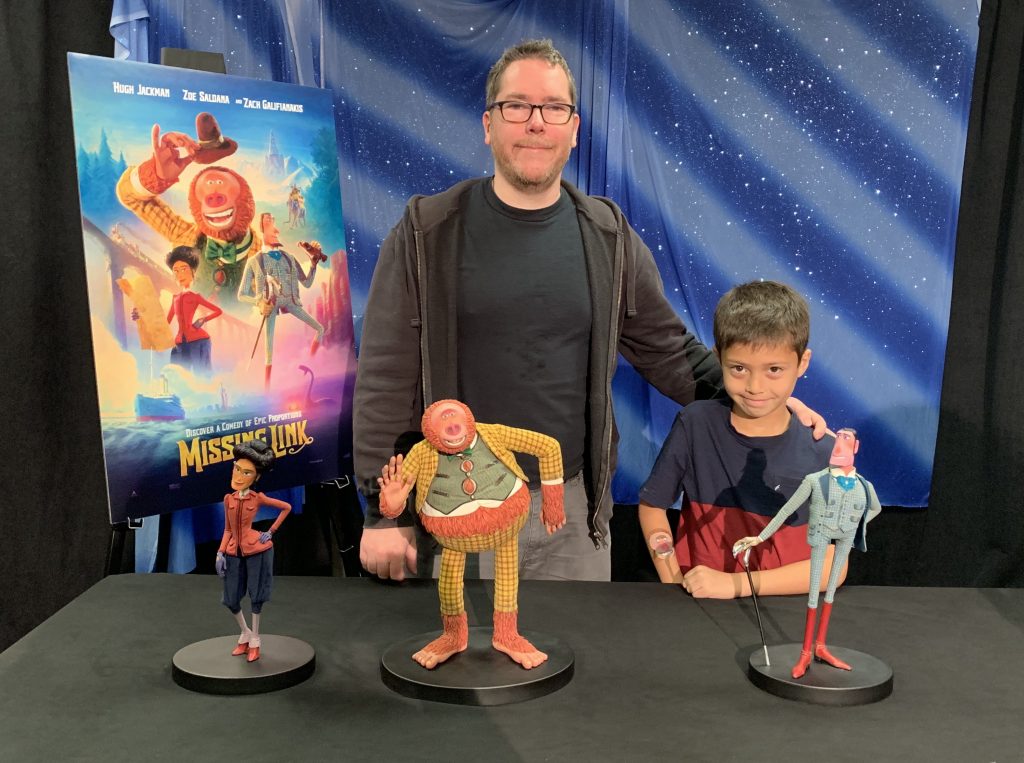 And Caiden was very lucky to meet one of the those animators, Daniel, who shared with us all the fascinating things that go behind stop-motion animation, including the actual puppets used in the film! 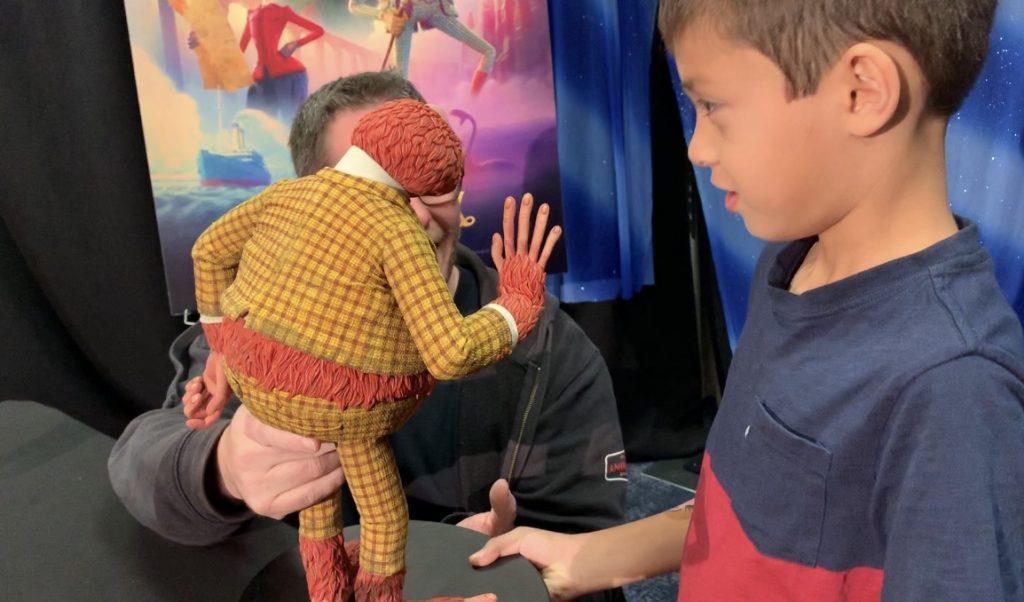 You can watch what we learned here:

Caiden also got a chance to ask the cast what their favorite part of the movie was. Their response:

Zach Galifianakis:  This is a weird one, but it’s the credits. Because you get to see–the making of.

Zoe Saldana:  And my favorite part was when they’re riding on the elephants. That was absolutely stunning and I believe I got to see that set when I went up to Portland to LAIKA Studios, and that was beautiful.  I wanted to be, like just as big as you and be able to play with them all day but they told me not to touch anything. 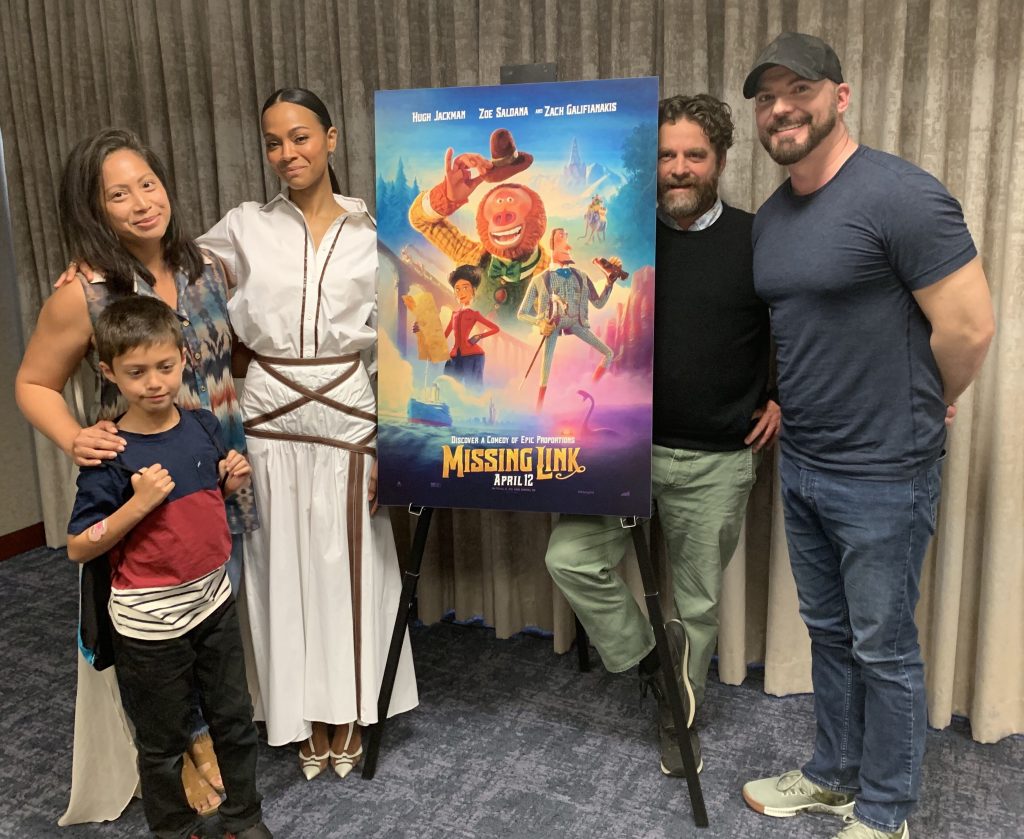 #MissingLink is heartwarming and you can watch it in theaters everywhere this Friday, April 12. Get your tickets now! bit.ly/MissingLinkTix

This post is in partnership with United Artists Releasing. All opinions are my own.

Spider-Man: Into The Spider-Verse | Mom Review 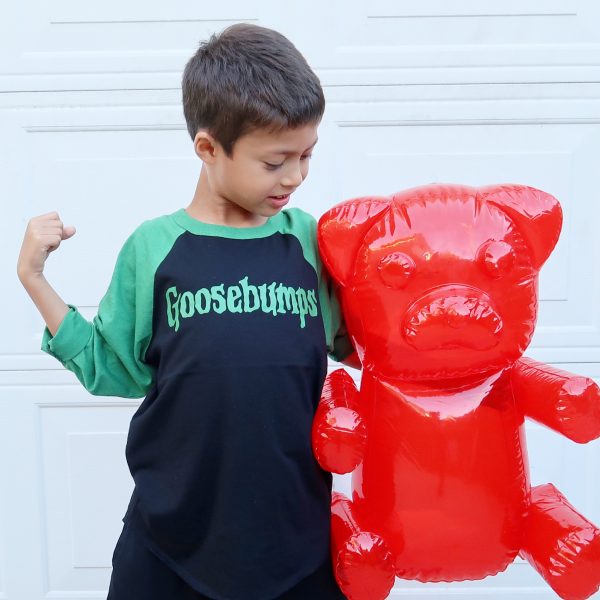 ← Shazam! Movie | What you Need to Know Before Taking the Kids
Dogs! A Science Tail” at California Science Center →