Spider-Man: Into The Spider-Verse is the must-see animated Superhero film this Holiday season. And quit honestly…the best Spider-Man movie I’ve ever seen. Why? Well I’ve got 5 reasons explaining that below. Last month I was fortunate to attend an early screening (with Caiden, 8) and I also got to chat with some of the cast, producers, and directors to get an in-depth look at this visually-stunning film.

In this fresh take, we meet different Spider-heroes from different universes. But the main focus is Miles Morales, a Brooklyn teenager who’s life changes after he’s been bitten by a radioactive spider. You may think you know the rest of his story, but it goes a little deeper. With that being said, this film is recommended for kids ages 7+ due to the mature storyline (spoiler: there’s death scenes) and overly stimulated action sequences. But, you know your child best and its up to you to make that decision. Ronan (3) is the biggest Spider-Man fan I know and really wants to see this, but I’m afraid it’ll be too much for him to take in. I’m hopping he’ll be okay to wait for it to come out on Blu-Ray. Stay tuned.

5 Reasons to See Spider-Man: Into The Spider-Verse

One: A hero for everyone.

I use the word “refreshing” a lot whenever I talk about this movie. As a mom, it was refreshing to see a character like Miles Morales become one of the most iconic superheroes in his universe that my multiracial kids can relate to.   He is the first biracial Spider-Man, voiced by actor Shameik Moore who said, “I saw myself in Miles Morales – it looked like they took a photo of me. I do realize the importance of it (regarding the impact his character will have). With great power comes great responsibility.”

Not only that, there’s also female superheroes, which was a big deal for actor Jake Johnson who plays Peter B. Parker, “as a father of daughters, I’m really glad Spider Gwen is in the the movie. We [he and Shameik Moore] both love this idea of inclusion – its time for anybody to wear the mask.”

Other characters include: Spider-Ham, Peni Parker, and Spider-Man Noir.

“We got carried away and added a few extra characters.” -Christopher Miller

This is first time we get to meet Spider-Man’s parents. They are both alive and play a huge part in Miles Morales’ life. They are raising him in a bilingual home (I loved how they didn’t use subtitles) and like every parent, only want the very best for him. Boy moms can definitely relate to Miles’ mom, played by Luna Lauren Velez who said, “it feels big and feels really good. It’s an honor to be the first Spider-Man mom.” Producer Christina Steinberg said, “We feel in love with Luna’s voice. This is Miles’ mom and the two of them together – it was just magic. It felt like a family.” I personally cannot wait to see how her character develops…crossing fingers for a sequel!

According to directors: Bob Persichetti, Rodney Rothman & Peter Ramsey, Spider-Man: Into the Spider-Verse was created with a mission statement: “you are powerful and we’re counting on you,”…which transcends throughout the movie. Producers Chris Miller and Phil Lord wanted to empower young people to be heroes . There’s a heartfelt message in Miles’ growth, not only with his new powers but also with his relationship with his parents.

This film was literally a comic book come to life. Every frame looks like a painting. Its done in the most creative way, its funny, vibrant, and of course filled with action. 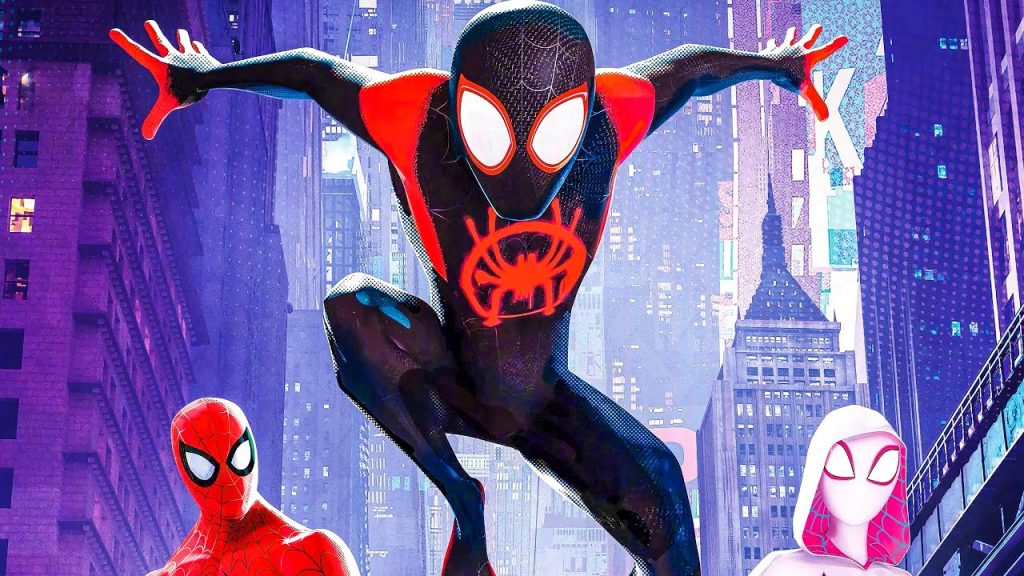 I love it when a movie is so good – it unintentionally encourages reading. Caiden loved this new take on Spider-Man so much, he wanted to learn more about Miles Morales (and the other Spideys)…and the best way is to read about him. I took him to his first comic book store literally right after we screened the film and all I can say is…we’re there once a week now.

Spider-Man: Into The Spider-Verse is out in theaters December 14th. Let me know what you think! And like every Marvel movie, stay till the end credits. Stay tuned…I’ll be sharing a fun Spider-Verse craft soon. 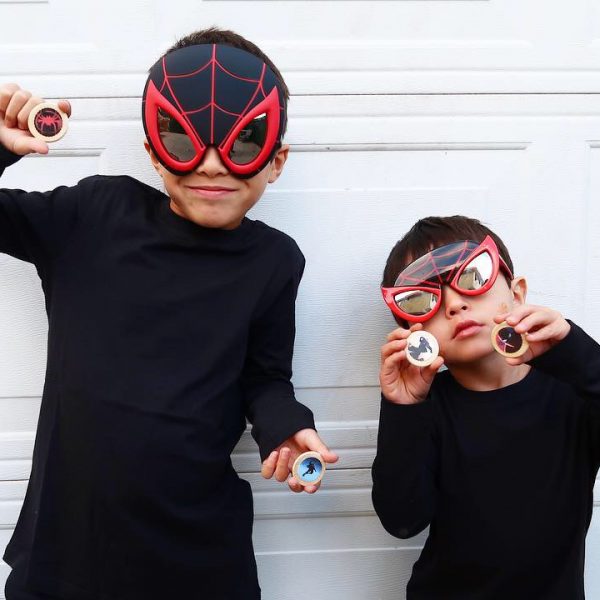