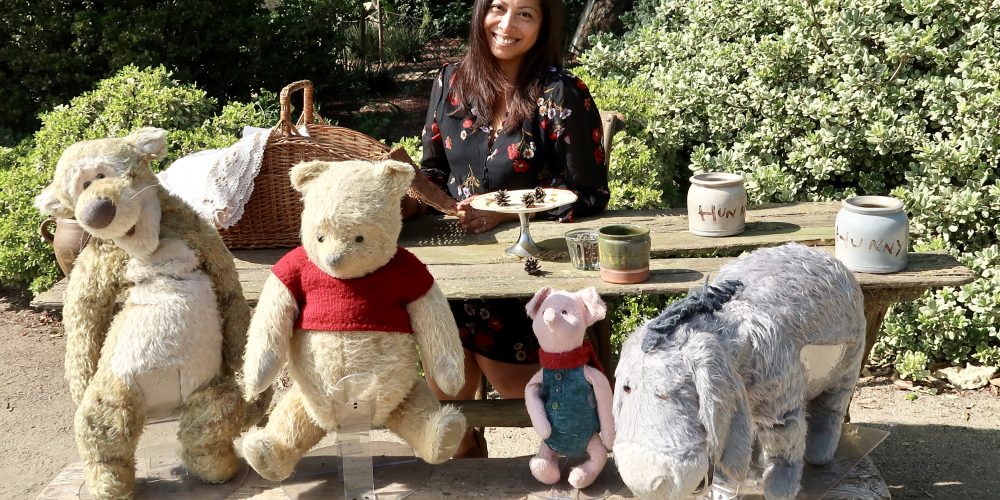 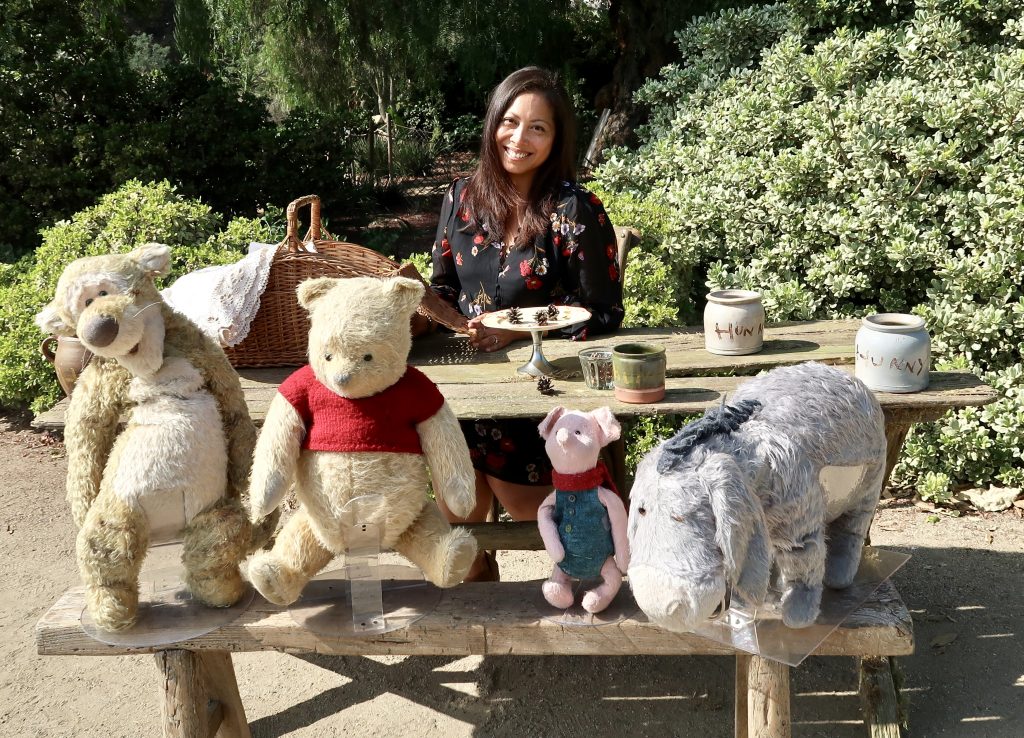 I recently took a trip to the Hundred Acre Wood (aka Los Angeles County Arboretum) to celebrate the Blu-Ray release of Disney’s Christopher Robin – out on November 6th. The day was spent with a flower arrangement class, a beautiful outdoor lunch, and a chat with the legendary Jim Cummings (voice of both Winnie the Pooh and Tigger). If you haven’t seen the movie yet, now’s the perfect chance to watch it at home with friends and loved ones. Plus, it’s also a great way to get together for a little “Friendsgiving” of your own.

Disney’s Christopher Robin is a live action film that’s filled with nostalgia for those who grew-up with Winnie-the-Pooh. Without any spoilers – in this heart warming movie, Christopher Robin (Ewan McGregor) is all grown up and needs a little reminder from his old friends about the importance of family, friends and having a little fun. Finding balance when “adulting” is a challenge and this film beautifully proves – it can be done. And yes, the film is also filled with wise words from Pooh! Bonus features include: BLU-RAY & DIGITAL HD: 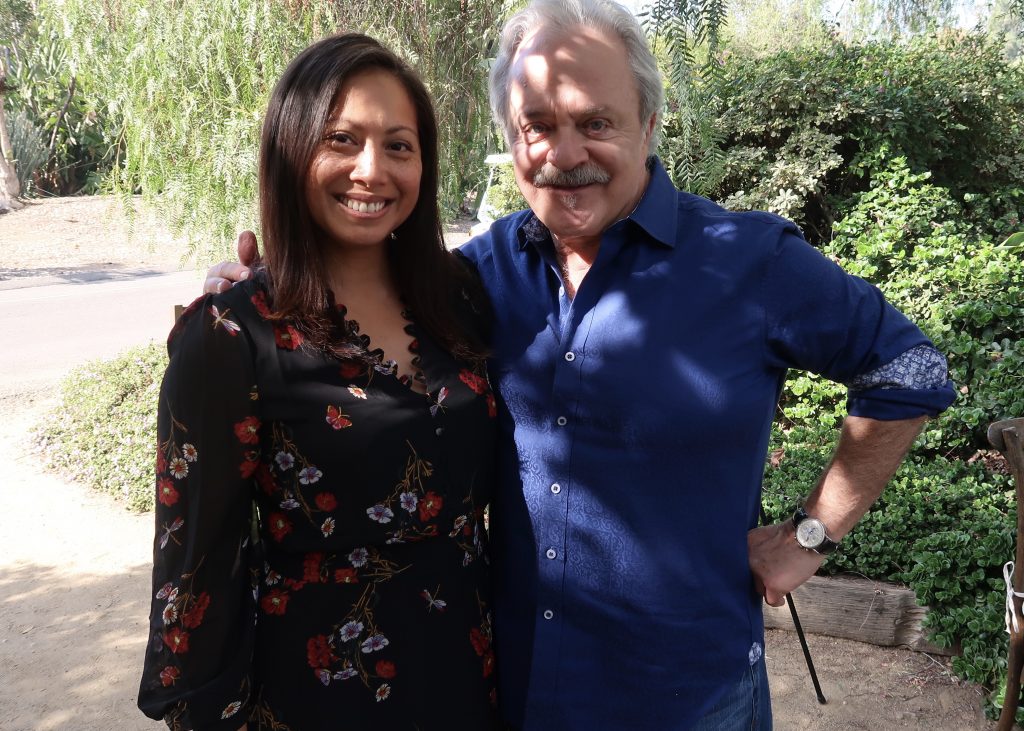 If you’re a Disney nerd like me, then you can imagine how I felt chatting with the legendary Jim Cummings. He is one of the most well-known voiceover actors in animation! He’s got hundreds of roles under his belt, making him the voice of my childhood with characters like Winnie-the-Pooh (he took over the role in 1988), Tigger (1989), Darkwing Duck, Pete, and lots more…including Ray, the Cajun Firefly from my favorite movie, The Princess and the Frog. In Christopher Robin, Jim Cummings voiced both Winnie-the-Pooh and Tigger, two very different characters. So during our chat, I wanted to know if there was a break between playing them or if he’s able to just dive into them right away without a hitch. His response:

You just jump in. I’ll do Pooh first, but Tigger is right there, no problem.

When asked about playing the characters in a different way (compared to animation) for the live action, Cummings said,

No. I think part of the charm – it has to be them. It has to be our buddies that we’ve all come to love.

He didn’t get to work on-set with any of the actors, which was a shock to me because of the chemistry you see on screen between Pooh and Christopher Robin was simply magical. Cummings actually did the recordings first, giving puppeteers something to work with on-set for the actors to visually lock on to. Cool, right? You can see how they come to life on the Bonus Features! And if you’ve got aspiring voiceover actors, Jim’s advice:

If you want to host your own Christopher Robin “Friendsgiving,” creating your own “honey pot” flower arrangement is a great activity to get everyone involved, plus it gives them something to take home! During the event, I learned so much about flower arrangements thanks to Flower Duet. Here are some tips: 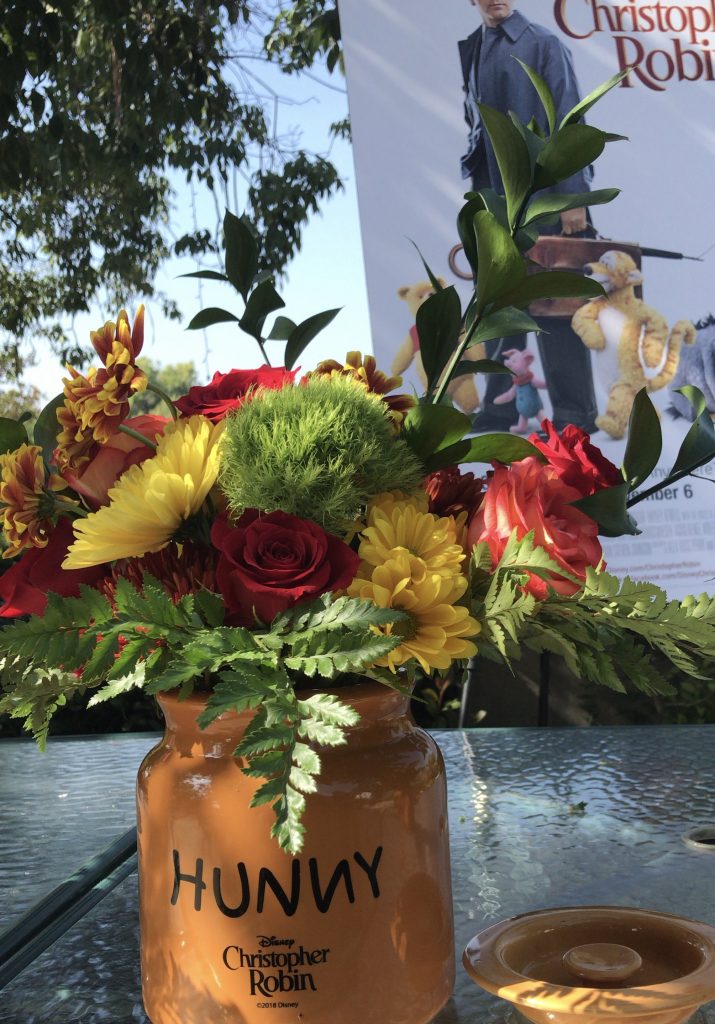 Hope this inspires you to create your own Christopher Robin’s Friendsgiving for a special movie night. The Blu-ray comes out Tuesday, November 6 and please don’t forget to VOTE as well!