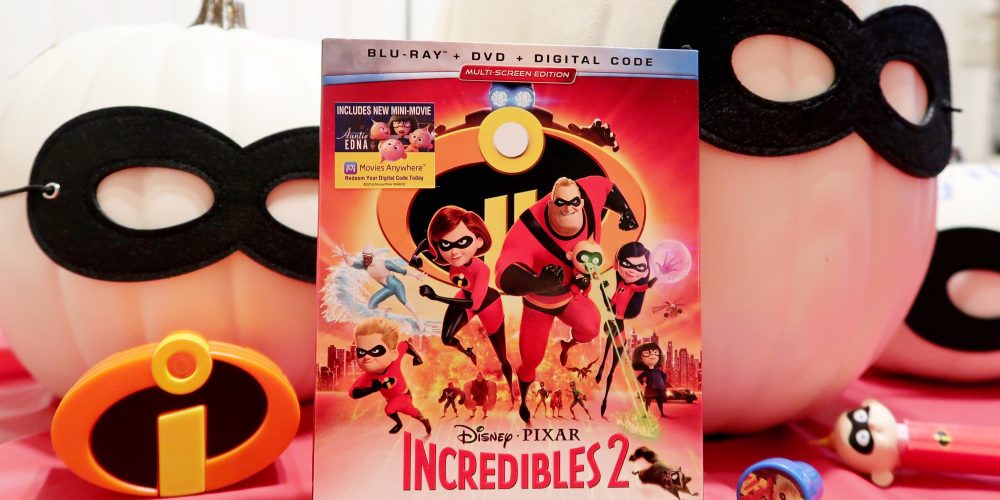 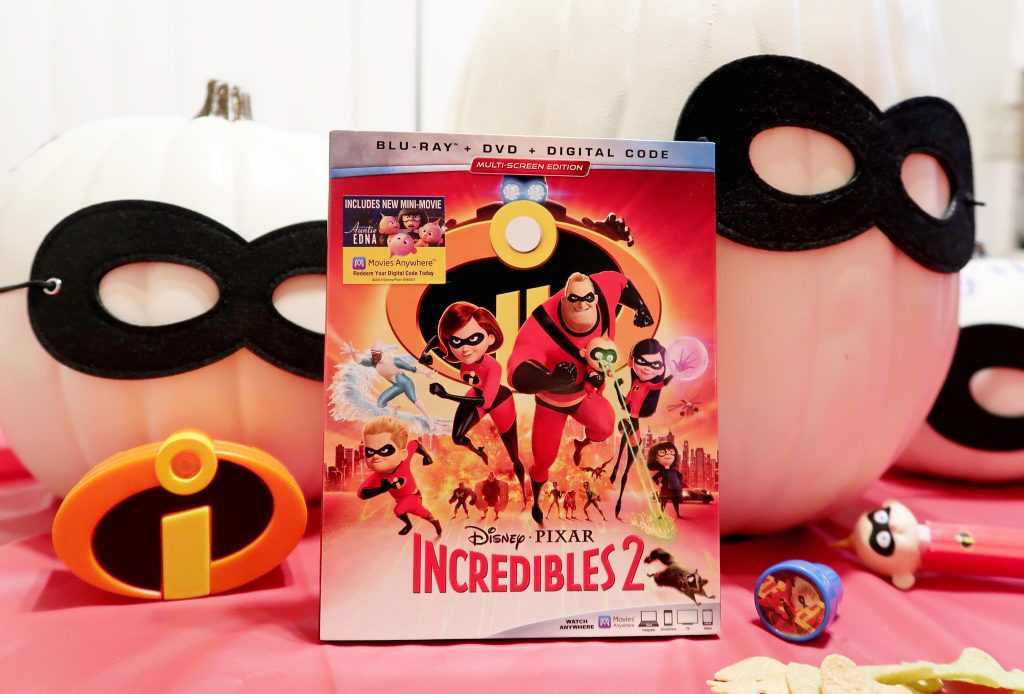 With Halloween just days away, I wanted to make our movie night, INCREDIBLE. It’s been 14 years since we last saw our favorite family of supers and now you can bring them home in INCREDIBLES 2! This anticipated film is now available on digital and will be available on Blu-Ray November 6…just in time for the Holidays.

We unfortunately didn’t have a chance to catch them in theaters – so this was the perfect opportunity to turn our Halloween themed Family Movie Night into something INCREDIBLE with crafts, of course!

In Incredibles 2, Helen (voice of Holly Hunter) is called on to lead a campaign to bring Supers back, while Bob (voice of Craig T. Nelson) navigates the day-to-day heroics of “normal” life at home with Violet (voice of Sarah Vowell), Dash (voice of Huck Milner) and baby Jack-Jack—whose super powers are about to be discovered. Their mission is derailed, however, when a new villain emerges with a brilliant and dangerous plot that threatens everything. But the Parrs don’t shy away from a challenge, especially with Frozone (voice of Samuel L. Jackson) by their side. That’s what makes this family so Incredible.

BONUS FEATURES (may vary by retailer)

Mashing up my favorite time of year with my favorite family of supers is an automatic win for me…and for my boys as well. But I’m pretty sure I had more fun, especially with my Edna Mode gear.  And here’s everything you’ll need to make your family movie night just as INCREDIBLE. Remember to keep things simple and use a plastic tablecloth to make clean-up easy! 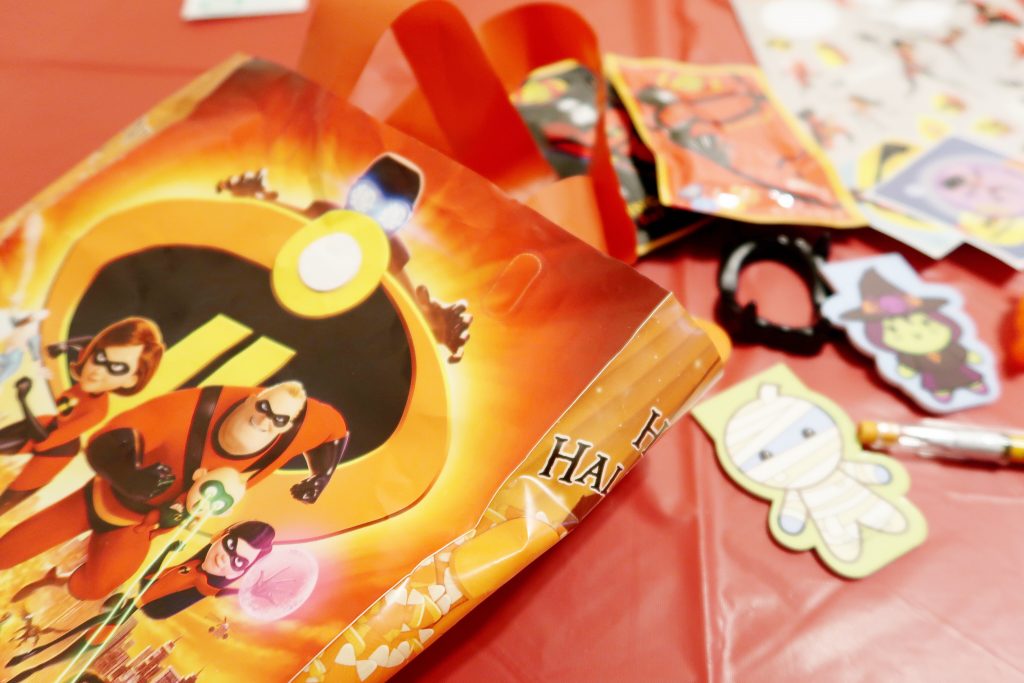 Using decorative pumpkins allows you to keep your project for years to come and the best part, there’s no carving involved. White decorative pumpkins work best for a family of supers – it just shows the contrast of the mask better. And no Family Movie Night, especially a Halloween themed one is complete without treats, like The Incredibles Pez and bat shaped veggie chips! 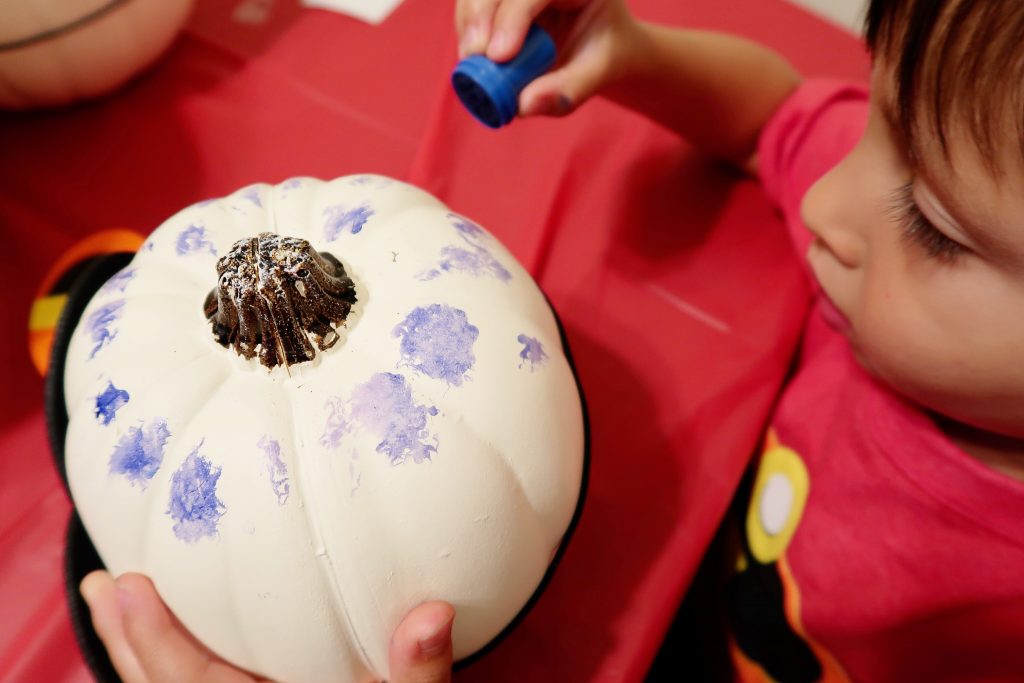 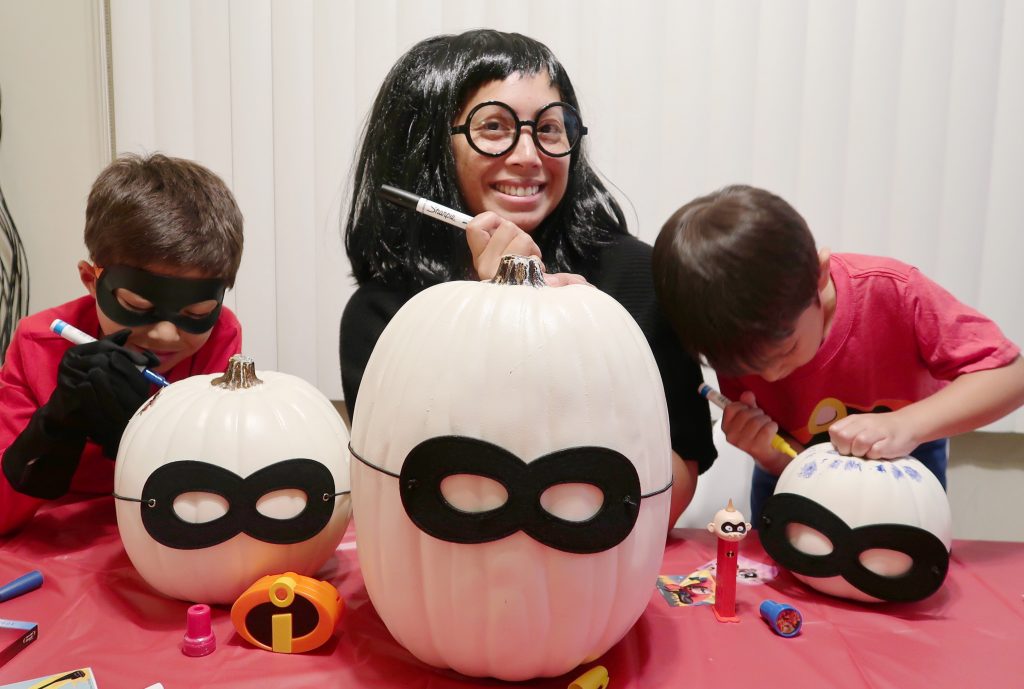 ← Ant-Man and The Wasp: Family Movie Night
A Christopher Robin “Friendsgiving” plus Interview with Jim Cummings →