Disclosure: I attended the screening as media hosted by Universal Pictures. No monetary compensation was exchanged. All opinions are my own.

Get ready for a fun Summer movie that the whole family will enjoy! Illumination, who brought moviegoers Despicable Me and the biggest animated hits of 2013 and 2015, Despicable Me 2 and Minions, continues the story of Gru, Lucy, their adorable daughters—Margo, Edith and Agnes—and the Minions in Despicable Me 3 – in theaters June 30th.

After he is fired from the Anti-Villain League for failing to take down the latest bad guy to threaten humanity, Gru finds himself in the midst of a major identity crisis.  But when a mysterious stranger shows up to inform Gru that he has a long-lost twin brother—a brother who desperately wishes to follow in his twin’s despicable footsteps—one former super-villain will rediscover just how good it feels to be bad.

A couple of weeks ago, the boys and I had the pleasure of attending a special Despicable Me 3 screening event to help celebrate the latest installment of the Despicable Me franchise. We were treated to a fun breakfast before the movie with Bounty, Yummy Spoonfuls, and Kellogg’s. Pastry Chef, Duff Goldman had us staring in awe at his Bounty inspired 3-tier cake – the details were incredible. He also brought cupcakes for the kids to decorate, but that didn’t last with my kids, Ronan immediately went to eat the fondant! Yummy Spoonfuls co-founder, Camila Alves was there with delicious and healthy smoothies…it was a good balance between the cupcakes.  And special guest, Mel the Minion was taking pics with everyone – its too bad he was unhappy the entire time…but we understood why after we watched the movie.

Despicable Me 3 had us laughing throughout the movie. It was entertaining and heartfelt with it’s strong theme of family + relationships. We’re introduced to Gru’s twin brother, Dru and the conflict/love between the two made me think of my boys.

We also meet Balthazar Bratt – the main antagonist of Despicable Me 3. He was a former child star in the 80’s who is very pissed-off because Hollywood cancelled his show after he hit puberty. Watching him seek revenge and world domination was pure nostalgia for me because of all the 80’s references. Between his purple jumpsuit (with amazing shoulder pads), 80’s music playing in the background, and his totally awesome lair…he was my favorite character. LOL

The boys loved the movie but they were a little disappointed that the Minions were not in every scene. Sorry kids, let’s just hope they come out with Minions 2, soon!

One of the reasons why I love all three installments of Despicable Me is because of the MUSIC! The soundtrack from all three films are fun, catchy, and it makes you wanna get up and DANCE. So you can imagine how I felt interviewing Pharrell. I’m still on cloud 9!

“Yellow Light” is one of five brand new original tracks Pharrell wrote and produced for the film. Another original Pharrell song made for Despicable Me 3, “There’s Something Special,” perfectly captures the tone of the series. Additionally, Pharrell’s anthemic “Freedom” serves as the backdrop as the Minions plot their escape from prison in the film.
Pharrell has written and produced songs and themes for the entire Despicable Me series. Despicable Me 2 featured the Academy Award®-nominated and Grammy Award-winning global smash hit “Happy.” The song inspired a worldwide movement of happiness, with its original music video spawning thousands of self-made videos from fans in dozens of countries. “Happy” has topped countless charts around the globe, with 14 million units sold. It has achieved seven-time-platinum certification in the U.S., making the song the best-selling and most successful single of 2014. Songs are essentially like illustrated thoughts. And when you’re communicating with someone, you know when the conversation’s over. You know when you felt like you’ve made your point. Songs are no different.

-Pharrel Williams
What attracted you to the Despicable Me franchise?


Just the opportunity to work on something new and different, and just to be a part of something much bigger than I could ever be.  That’s amazing, you know, just working with this team of people, a comprehensive team of people, hundreds of people who are all working on, you know, this film that’s a hour and a half long or whatever it is.
It doesn’t have to work out.  But when it does, it’s like, man, this is great.  And I’m just happy to be a punctuation in that sentence.

“Yellow Light” has catchy phrases. Is there a bigger meaning than just yellow light?

It does have a deeper meaning, but I want other people to have that same experience of discovery that you did.  So, I won’t go into it, but your notion is correct.  And all of you haven’t told me what you think it means.  That’s what it means.  You would only know if you had asked the question.
That’s kind of like–that was one of the things that I really like about working on this, is because I–it allows me to hide things in there and build songs that are not just songs, but they’re kind of like these, like, curious treasure chests of–like, there’s a treasure in it if you go looking.  If not, it’s just a song. But you found it.

How was it working with Trey Parker?

He is–he’s such a genius.  So honored to work with him, and I–anything he’d ever want me to do, if he ever wanted me to do something, I would do it in a heartbeat.  He’s so good. He’s the real thing.

Pharrell also talked about how much fun it was working on Despicable Me 3 and how the film was a bit radical in comparison to what he’s done in the last two.

Being allowed to continue to do different things as long as it fit the parameter was–that’s been so much fun.

Watch Pharrell and the Minions journey through the streets of Hollywood in a virtual video game in the new music video for “Yellow Light.” 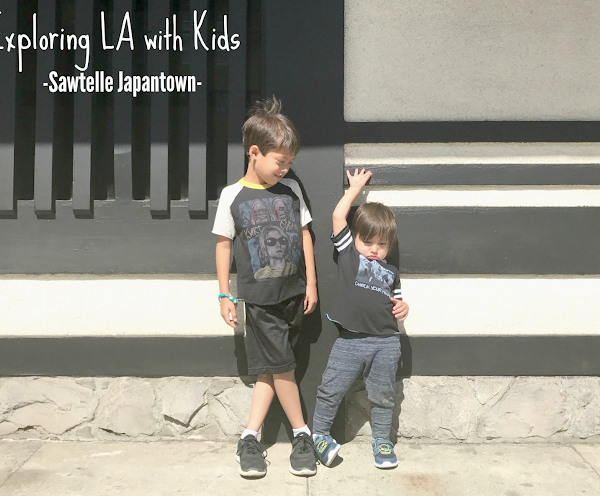 Two Bit Circus – A New Way to Play in LA 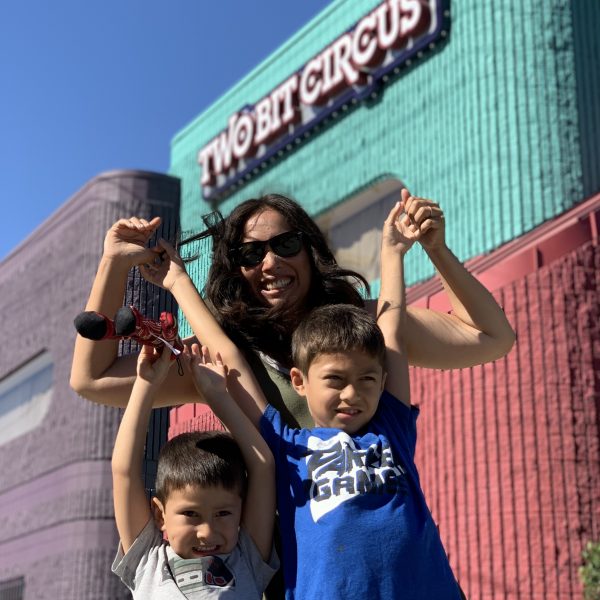